A MULTIDISCIPLINARY RESEARCH
FORUM ABOUT "SHIT" AS METHAPHOR IN LIFE

The Miracle Poop
​How Fecal Transplants Can Save Lives

Fecal Microbiota Transplant (FMT) is a procedure in which fecal matter, or stool, is collected from a tested donor, mixed with a saline or other solution, strained, and placed in a patient, by colonoscopy, endoscopy, sigmoidoscopy, or enema.

The purpose of fecal transplant is to replace good bacteria that has been killed or suppressed, usually by the use of antibiotics, causing bad bacteria, specifically Clostridium difficile, or C. diff., to over-populate the colon. This infection causes a condition called C. diff. colitis, resulting in often debilitating, sometimes fatal diarrhea.​ 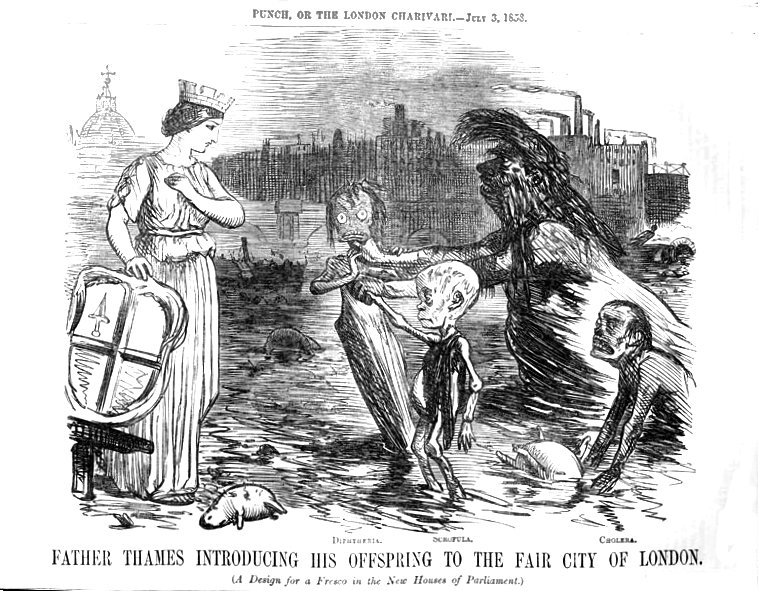 The 'Great Stink' of London in 1858. Such was the overpowering smell from the Thames, that the curtains of the Commons were soaked in chloride of lime in a vain attempt to protect the sensitivities of MPs. It is no surprise that a bill was rushed through Parliament and became law in 18 days, to provide more money to construct a massive new sewer scheme for London, and to build the Embankment along the Thames in order to improve the flow of water and of traffic.